September 11, 2001
I was dropping off my son when I heard the horrific news of the planes hitting the towers. I remember the disbelief and shock I felt. Everywhere you went it drew you in. The TV, newspaper, internet - all had images and stories of 9/11 victims and their families. Day after day, we all saw the images of airplanes and buildings, dust and ruins. Tragedy in all forms. We all need to remember and never forget how so many lives were affected and how the country came together to strengthen each other.

Fall of 2001, Carrie Bears joined with Caring Connections to make a Carrie Bear for each of the fallen FDNY, NYPD and Port Authority Officers' families (totaling 412 bears). It took many volunteers and helping hands to provide "Something To Hold Onto" to memorialize these heroes. While boxes and boxes of Carrie Bears were shipped to respective fire houses, it was a privilege to personally hand deliver them to families of Engine 54 on December 15, 2001 - just in time for the holidays. It was two hours of kissing cheeks and tears running down our faces. The families were so appreciative. They would hug us and say things like, “What a treasure," “Thank you for your thoughtfulness," “This will help with the loneliness," and “Now I have someone to sleep with at night.” It was so fulfilling to see the bears immediately be snuggled into the arms of those who had lost so much. 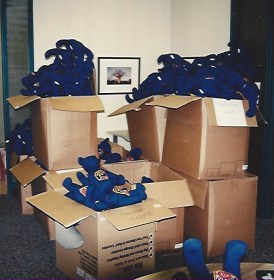 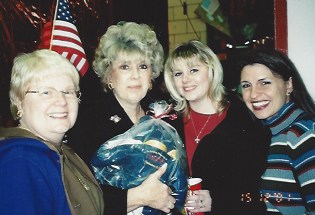 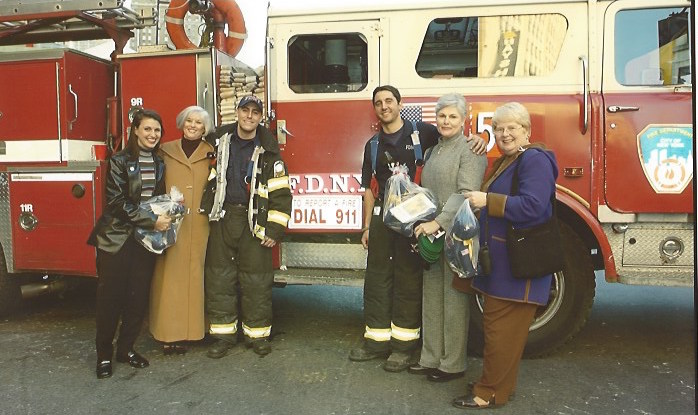 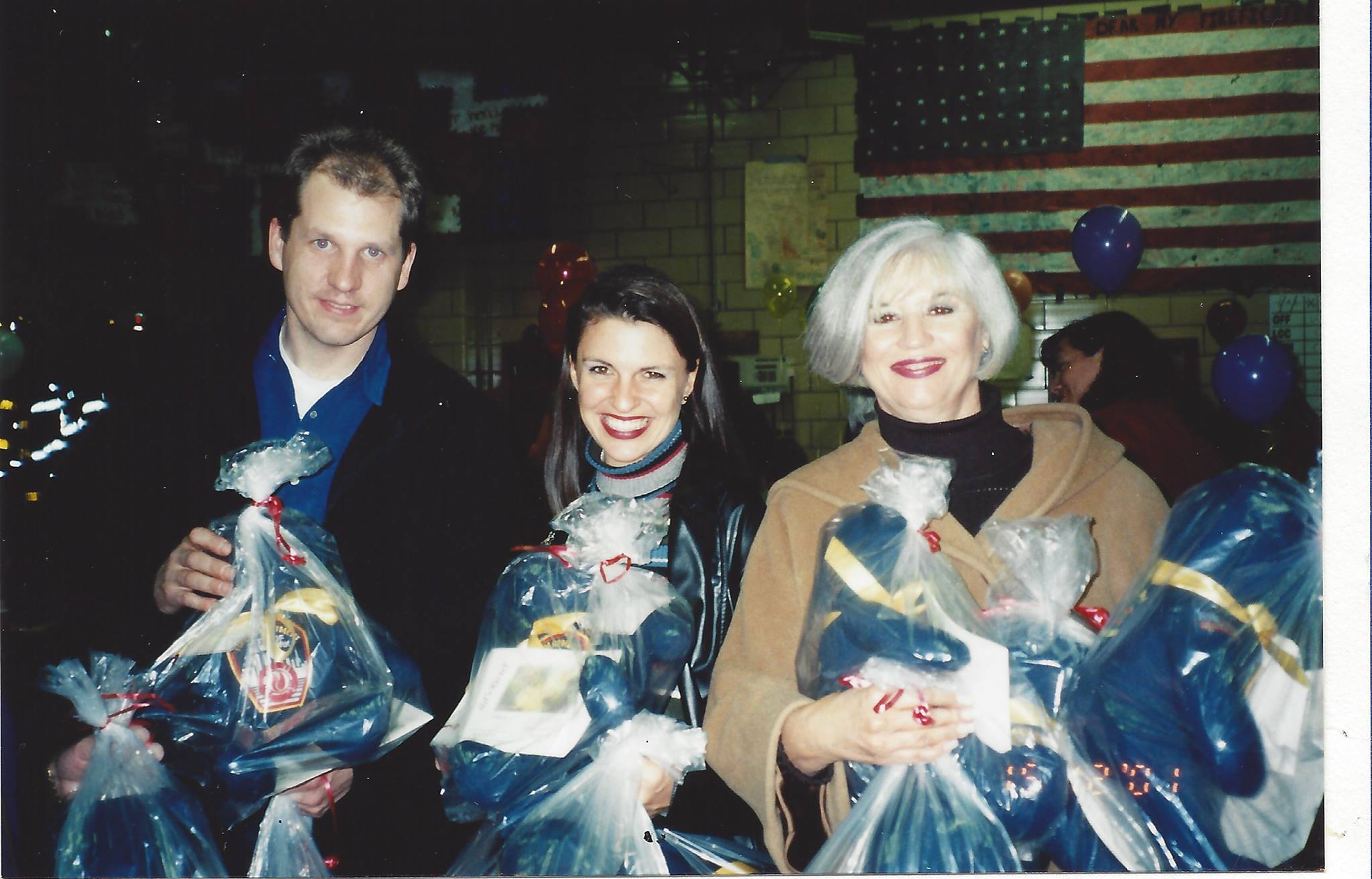